2018 has loved playing this theme into my year – unlocking something so wondrous that my soul feels awakened from the experience, only to then shut it abruptly, leaving behind nothing but mere memories. However, despite this quote’s promise, not all new doors have been made accessible to me yet. And after a rollercoaster year, I can only imagine what mysteries await me. But today, even though I am still unsure as what to expect next, I think it’s important that I share with you my journey so far.

For the last 2 years, I’ve posted a piece every December 17th to summarise my life following a pledge I’d made after my heart had been broken: to remember who I am. In the beginning, thinking about this journey of self-discovery sounded amazing, and even though I knew the voyage could have bumps in the road, I was prepared to forsake smoothness in order to reach my ultimate goal. Now, after experiencing 3 years of said bumps, I am here, facing the fact that – whilst stumbling my way along – old doors I once walked through are now closed and a whole host of new ones presently stand in their place. No one can know the unknown, but after all that I’ve discovered, am I better equipped to handle the surprises? And, more importantly – knowing everything about myself that I do now – am I glad to have learned who the person inside I’ve been searching for is?

To keep things simple, let’s start at the beginning – the reasons I wanted to change my life. Some of you may wish to read chapters 1 & 2 to see this briefly outlined, but if clicking new tabs just sounds like effort, then stick to scrolling down here and allow me to enlighten you on who Sacha used to be and what brought her here today (speaking in a 3rd person narrative about myself feels very strange…)

Who Sacha was Then

Some things never change, such as my love for rock music and tea, nutrition and psychology, and a love for fashioning creations outside reality. But they just scratch the surface of my personality and I sought no desire to change them. No, what I wanted to shift was the Sacha who was afraid to speak up, the one who obsessed over her weight and image to the point of mental carnage, who would walk on water to help those she cared for (even though they barely gave 2 dumps about her) and who lost her way when sacrificing her happiness for the sake of them.

I remember waking up one day, now the storm was over, and realising I had nothing left. During the battle I gave everything I had to try and keep things alive, only to be blind in seeing its inevitable end and the destruction it would leave behind. Everything I had was put into that fight. My heart scarred from the shielding. Yet, now it was quiet and the hours were ticking by slower than ever, I saw it was all for nothing. Weakness consumed me, but I had to do something to fill the deafening silence. And it couldn’t be the same as before…

No way on this earth would I allow a repetition of this internal pain. Of course, it is not possible to predict every awful circumstance you’ll encounter in this life, but I wanted to know that – should I embark upon such sadness again – I would be better prepared to meet it. The definition of insanity is doing the same thing over and over, expecting different results. I may have been lost and broken, but I wasn’t stupid. Trying to recapture a past happiness with the knowledge things fucked up doing it the way I did before would be pretty mad. Thus, my decision. In order to remember who I was, I would have to do something I’d never previously considered: face my fears.

Aye caramba! How can anything good stem from engaging with the things you’re most terrified of? Well, because once you’ve stared it in the eye for long enough, you realise it’s not so scary. Or, in any case, it’s exactly as petrifying as you thought it’d be, but somehow, you pulled through. And, despite the odds, you are now armed with the proficiency that if/when you have to face it again, you’ll survive. That was the idea, anyway…

Jumping off a cliff was probably where finding myself really began. The year had been pretty slow up until that point (mostly filled with work and small fry plans to keep my little mind entertained on days off) but when I finally decided I wanted to do paragliding, I really felt a sense of freedom take off (no pun intended…) Heights had always been a massive fear of mine. Even as a child, just walking up a ladder would make my legs quake like jelly. I was pretty pathetic. So, to think I’d gone and booked myself a slot to go soaring through the sky was absolutely bonkers! Don’t get me wrong, though, fear sat with me the entire time I was up on that hill. But I didn’t let it show. Instead, standing on the ledge of green, waiting for my running jump to fly, I looked around at the view and smiled. With great fear comes great accomplishment once faced, and I was about to face mine head-on. From the moment I took flight and floated through the clouds on that cold November day, listening to the reassuring voice on my radio on how to pull the right toggles in order to safely glide down, I didn’t fear. In fact, the fear wasn’t just gone, it was replaced. What used to be frightening now filled me with awe and wonder. My heart skipped looking at the world from an angle only seen at a great height. It was stunning. And for the first time in a long time, I felt alive.

Who Sacha is Now

That moment 2 years ago stemmed many a decision since, which affected me both on a logical level as well as an emotional one. In my mind, if I could do that, I could do anything. And also, if I didn’t like where I was headed, then I shouldn’t fear changing course. Because, in a sense, life is a little bit like paragliding. There is no one direction you can go forward. But, what you can’t do once you’ve made that leap is be scared of it. Fear and stress stop you from listening to reason, and the minute you stop doing that, you will fall down. Now, when you’re floating hundreds of feet in the air, you can’t get worried, because you will most certainly stall and plummet to the ground. You also can’t run away or turn the clock back. You’ve said it, done it, whatever. All you can do now is follow the route your previous choices have taken you and trust that, wherever you may land, you’ll do so on your feet. That point is where I am now.

No matter what I’ve lost, gained or sacrificed, I have always landed on my feet. It goes without saying that I’ve cried and nearly lost my way several times because things aren’t panning out how I’d hoped they would. But that’s life. Just like the wind in the air, you can’t always control the course of your journey, and you’ll often get swept off in an unknown line. So, with everything I’ve lost to these changes in the wind – friends, loved ones, dreams – I have gained the expertise that I can navigate around them. That is not to say that I do not feel. If anything, I feel things deeper now than I ever did before. But I know that when things go wrong, I can deal with them. And I also don’t need to waste any more time or energy on things I’m intended to leave behind. Like I said – some things you can’t change. But for every crappy course, I am pleased to say that I have discovered some unexpected treasures along the way. New friends, jobs and travels; they all make my story so much better. Bumps or not, if that’s what I had to go through to find them, then I guess it’s fated. 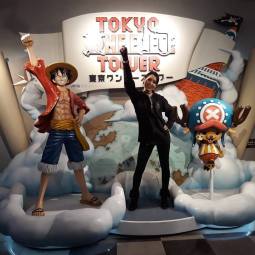 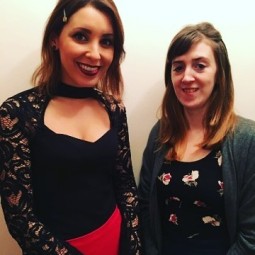 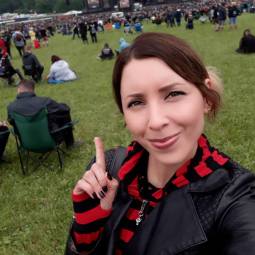 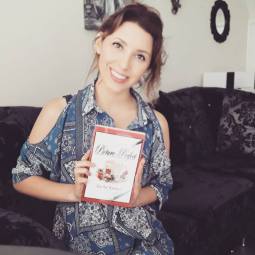 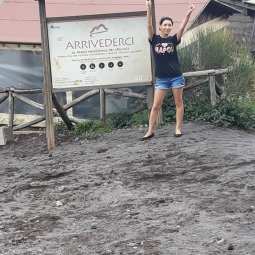 Situations change all the time. Good things are often taken when they shouldn’t be and bad things have an annoying tendency to find you even when you’re trying to run away from them. The moment you think you’ve got it all worked out, you realise you’re sadly mistaken. But, damn it, aren’t you glad to have found that inner-strength to pull you through times like these? I know I am. I also know that despite the person I found inside being a little stubborn and emotional at times, she is also strong-willed and confident, determined and curious, intelligent and (dare I say it) even rather amusing, too. It’s taken me a while to find her, and I know the road we walk on still isn’t over yet, but I’m so happy I came to realise who I’d been searching for. At least I know that, no matter what is through those enigmatic doors, I’ll face it, and I’ll do so intrepidly.

When it comes to new faces replacing old ones, I am at peace with the knowledge that I have discovered some real diamonds. And of course, there are those irreplaceable few who I couldn’t imagine a world without. Through both rough and smooth, thank you to everyone who has been a part of my journey. You guys rock ♥

(A geology joke! See! I told you I was funny!

One thought on “As One Door Closes, a New Door Opens (Chapter 3)”

"Who looks outside, dreams. Who looks inside, awakes." - Carl Jung 💭 Creativity is often platformed on pensive moments - thinking about your own life, summarising your experiences and collating them into a mental portfolio, slowly piecing it all together in order to know how to one day bring it to life. This type of self-awareness and ability to think critically was exhibited by the famous novelist, Charles Dickens, who would walk for miles simply to dive into his own mind. These walks along the Broadstairs coastline even provided him with narratives for some of his books! If you share this introspective quality, you also possess an important trait of a creative genius.
"I have no special talent. I am only passionately curious." - Albert Einstein
"Strengthen the female mind by enlarging it, and there will be an end to blind obedience." - Mary Wollstonecraft (A Vindication of the Rights of Woman, 1792)
"We are what we repeatedly do. Excellence then, is not an act, but a habit." - Aristotle
"The question is not what you look at, but what you see." - Henry David Thoreau
3 Untranslatable Japanese Words That Beautifully Convey Why Nature Enriches Our Lives 🍃🌷
Loading Comments...
Comment
×
%d bloggers like this: