How often do these noises interrupt your life on a daily basis? I have to admit, if I didn’t put my phone on silent then I think the sounds would occur often enough for me to have my own inane little theme tune; each step I tread carrying a nagging noise with it. And as if we weren’t already ball and chained enough to these demanding drones, we are more than obliging to introduce another one into the mix.

At first, it’s all rather liberating. You smile to yourself and think, “Check me out, I’ve still got it! Screw you, *insert stupid ex’s name here* you don’t know what you’re missing!” and you’re on top of the world. It’s as if someone’s just opened a candy store for only you to enter, and everything in there is for you to take.

That is, until you actually read half of the messages…

Now, I’m a woman, so this may be a little biased, as I’ve heard men have an altogether different experience on the messages front. But for me, and for other women I’ve spoken to, this is the type of hard-candy you get to swallow.

“You look like a good little spoon.” – (sent from a moron)

“*50,000 love-heart-eye emojis inserted*” – (Deleted the message faster than I could remember the sender)

EURGH. I think sugar is off the menu for me because this sickly-sweet speech just makes me want to barf.

How hard is it to master the art of conversation? Too hard, it seems. Talking of art, have you even seen half of these people’s profile pictures? For the handful of images that look like mugshots, there’s another sackful brimming with abs, pints of beer or sultry faces holding a cracked iPhone.

GUYS! There’s this thing called a “smile” – wear it! It’s better than looking like a mass-murderer or an egocentric tw*t.

Anyway, despite my obvious lack of success with these infernal apps (which, I must admit, despite trying 3 different ones over the last 7 years, I’ve spent less than 2 weeks on altogether because they were just so damn annoying) there are some people out there who seem to have done alright on them. 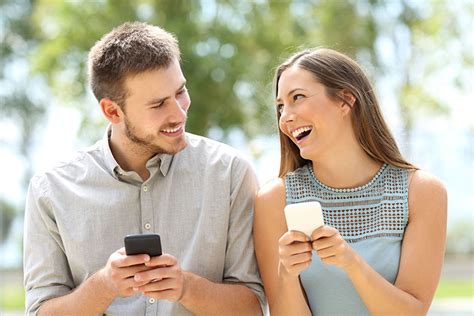 In a recent study, 5% of Americans (who were either married or in a committed relationship) stated that they’d met their significant other online. Now, that’s a pretty interesting find. But, when you see that 88% of those studied in long-term relationships were formed without the use of an app, it tells you something far more interesting. I.e., finding love offline blows finding love online out of the park (Or, at least, it does in this case.)

However, while it may not always end in wedded bliss, people do seem to succeed in nabbing themselves a date, a relationship or even, erm, a bit of fun? I digress. My point is, the success stories are out there. But it does make me wonder – how did they find them? Was it a long search? Did they have better matches on different sites? Or is it just that what they wanted was more simple to find? Because, let’s face it, we all have a unique set of things we want from a relationship – some more than others.

People are all very different and each carry a unique past that has molded them to become the person they are today. So I think it’d be fair to say that if you’re seeking a specific type of person to match that, then you’re going to have to look for it in a different direction. For example, if you’re a person whose hobbies get them out and about a lot (e.g. sports, clubs, gigs etc.) then you’re better off finding your ideal match somewhere similar. Ultimately, people make friends based on mutual interests, so it makes sense to propose that you’re more likely to meet a potential love-interest that way, too. So, if you want someone who likes kayaking, for instance, then join a club for it! It may not guarantee a relationship, but it’s got to be far more promising (and fun!) than rifling through page upon page of a dating site.

Well, that’s my opinion, anyway. But what about you? What do you think about dating apps? They’re ever-growing, so there must be something to them. Although, I still can’t quite believe that it’s because it’s the perfect way to meet your soulmate…