With Mental Health Awareness Week upon us, I wanted to share something personal I have wrestled with all my life.

Despite how it may seem on the outside, I’ve not always been comfortable with the way I look.

As a child, I was a bit of a geek and never really “fit in” with the cool kids at school. No one ever told me I was pretty (except family members, who were obviously biased) and the focus was more on what I achieved than how I looked. In my family’s opinion, as long as I was warm, comfortable and healthy, that’s all that mattered. Of course, that’s not a bad thing by any means. Being happy and healthy should always be top of the list of priorities. But that doesn’t change the fact that there are a few stand-out moments from my past that I’d rather forget. Like, having unflattering caricatures drawn of me, listening to derisive songs about my wonky teeth, hearing remarks on how “thin” my hair was (which, just a heads up to anyone who doesn’t know how grating this word is to hear, is really not the greatest of synonyms for “fine”) and, in all honesty, even though people are kind enough to pay me compliments now, thanks to this history, I don’t reckon much to my face or body.

Sure, they’re not the worst in the world (I’m slim-ish with much less wonky teeth now, which is something) but they’re not the best either. Make no mistake, I’m under no illusions that I compare to the likes of Jessica Alba or Megan Fox. They are on another level of human perfection. Nevertheless, I have daydreamed about crafting and reshaping myself (rather like Photoshop does to make models look worthy for the front cover of Vogue) just to see if – in my mind’s eye – I could ever be sexy like them, too. You know, move a bit of this hip fat to my boobs, chisel this bit of my jaw down, add some curve to my butt– that kind of thing. And, if that doesn’t work, I’d take things to the next level and physically jiggle and manoeuvre my face about with my fingers to see if the real thing could ever be anything like the dream.

However, as I’ve gotten older, I’ve realised that worrying about all this is pointless.

Even though taking care of yourself is important, fighting age is a losing battle. It’s not like you can pot reverse-ageing magic and call it Benjamin Button Balm, is it? And even if you could, wouldn’t you rather do something cooler with your time than just stay youthful? Like, for instance, I know I would much rather go back to the Renaissance period and explore Italy before pollution messed it all up.

Imagine that – a world with actual fresh air!! That’s the stuff dreams are really made of…

But anyway! Back to the topic.

Hating yourself for not being “perfect” is just a waste of energy. Life is too short. I think we can all agree on that. And, to be frank, with life being as short as it is, it’s worth remembering that there are far more important and enriching things to care about than having a ski jump nose and a heart-shaped face.

That’s not to say I don’t still feel anxious about things, though. Even now, despite recovering from the demons that once plagued me and accepting myself for all that I am, critical thoughts swamp my mind whenever I see a picture of myself or catch my reflection in the mirror. New crap crops up all the time and it doesn’t matter how secure I am in my skin – if it’s grim, it’ll still annoy me. In fairness though, I think even the toughest of us have days like that sometimes.

A recent study even revealed that 96% of women in the UK do feel exactly like that on a daily basis, worsening during the summer season because of the yearning to get some sun to our skin. Which is totally normal. No one wants milky pins all year round! Regardless, reading that staggering figure nearly knocked me off my chair.

Who’d have thought that so many of us felt the same?

Because of this discovery, I feel that there’s no better time than now to remind everyone of one very important fact:

Despite how things can look online, in magazines or on TV, most people’s realities behind the scenes are very different. Maintaining a smile in a picture is far easier achieved than in person and being strong isn’t always doable full-time. But it’s my solid belief that, if we do our best to stick together, support one another and spread a little joy, that notion of permanence might just be possible one day.

As cliche as it sounds, let’s take moment to smile, to be kind and share a little love. We need to stop finding fault in ourselves and each other and start finding beauty instead. If we’re not really alone in this world then let’s prove it to one another. We all have a story to tell, so let’s take some time out and listen to what other people have to say.

There’s no time like the present. So let’s pursue the opportunity today.

It’s time to break the cycle. 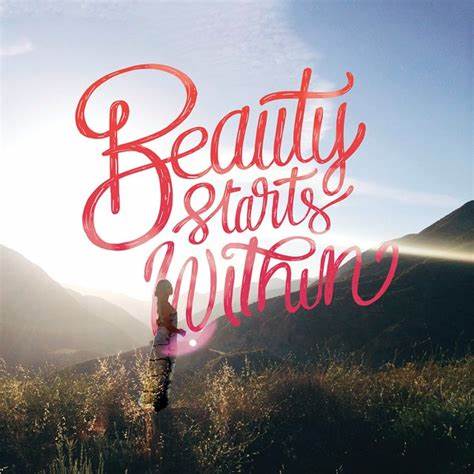 “I’m not perfect, that much I know.

I make mistakes. But I live and l learn.

I stumble and fall. But I get back up again.

I cry when I’m hurt. But I stop and I smile because I remember that I have love in my life.

Yes, I may not be perfect, but I am alive, and whilst I am lucky enough to say those words, I am always thankful.”