Some people just have a way with words, don’t they? They don’t even necessarily have to say anything particularly profound, but the way in which they say it just does something inside of you. From making you howl with laughter to furrowing your brow in fear, it’s just crazy how they can take something so ordinary and transition it in a way that few others can.

Think of comedian, Russell Howard, for example. He’s an amusing guy, right? That clever blonde chap has the ability to take seemingly droll and frightful topics and make them brilliantly hilarious. And no matter how many times you rewatch his shows, you can’t help but think, “How is this even possible?! I could watch this over and over and never get bored. It has to be some kind of sorcery!” (For those who’ve never watched him in action, click here for a clip that’ll make you laugh-out-loud) However, there is, in fact, some magic behind it…

Let’s hop in a time-tunnel for a second and take a trip back to the early ’70s, an era where people wore flares, had hair down to their buttcheeks and Albert Mehrabian undertook a study that exposed 3 key things that exposed stage 1 of this special trick.

Mehrabian found that words (the literal meaning of what is said) account for a mere 7% of the overall message put across. The tone of voice, though, (how it’s said) accounts for 38% and, most impressively so, that body language accounts for a whopping 55%!

I.E. it’s not about WHAT you say that counts, it’s about HOW you say it.

In addition to this, a later study by Luis Castellanos found that using positive language made people more attentive and creative, as well as show greater determination in attempting both routine and extraordinary tasks. So, again, saying something in a positive way (or, in this case, reading/hearing it) has a huge impact on people’s emotional response.

The trick is starting to come undone now, right?

I know, sometimes you want to roll with the fact that magic is real and dazzle all your friends with it, and when it comes to watching Dynamo walk the River Thames, discovering that he was using strings or something would be an utter buzzkill. But, we’re not talking about disappearing pennies or card tricks right now. No, because, unlike that kind of magic, this trick is going to change your life beyond losing your mobile phone in a glass bottle.

Okay, so let’s put this in perspective. Taking what we know about Russell Howard’s Good News show and how he can turn boring into funny, the fact that our body language and how we say things are the biggest players in conveying our message goals, and the fact that positive phrasing can improve our emotional wellbeing, the revelations from that – when applied to everyday life – are staggering.

It’s true how putting a positive spin on an otherwise negative situation can make you (and others around you) feel better. There is also the ability to transform those tasks from difficult and dull to easy and enjoyable in seconds. On top of this, your newfound optimism will help conversations have more flow.

Think of it like this. When you’re at work and you have to do something you don’t like, it makes you feel miffed, right? But, imagine if that boring thing you had to do became a chance for you to do something you liked, maybe even with someone you liked. That person could be a friend or a fancy piece (and we all know how much a fitty at work makes a HUGE difference to a job!) Nevertheless, whichever angle you go from, the language trick that changes “I have to” into “I get to” presents an opportunity, and consequently, alters the whole dynamic.

For example, unpacking a delivery could be something you have to do every Tuesday and you hate it because the boxes dry out your hands and they’re always really awkward and heavy. Urgh! How annoying! However, if you focus on the positive aspects of the situation, like, it’s a chance for you to listen to that new album you’ve been dying to hear and your awesome colleague Chris (who’s unpacking with you) always makes you laugh, it’ll definitely put more of a spring in your step. And, the interesting reason behind why you like working with jolly ol’ Chris and not your other colleague, Andrew? Well, that’s because he puts this technique into practice.

Where miserable Andrew tells you to move a box like a grump and barely speaks to you throughout the task (which then makes it seem endless and mundane) accommodating Chris makes moving boxes into a game and taps into the things that make you tick. He knows that intonation is everything and that if he structures his statements or questions a little differently, he’ll get a better reaction from you (just like in Mehrabian’s study – how you say it has more of an impact than what you’re literally saying) So, instead of saying, “Put that over there, it’s in the way!” for instance. He says, “Would you mind making a little tower in that corner for me? That way we won’t go dancing on it later!”

Another good example of this could be a school study group. No one likes homework, right? It’s just soo dull. But, it’s much less dull when Thursday night homework becomes a time when best friend Katie comes over to study with you and then you both reward yourselves upon its completion with a pizza and scary movie.

Of course, being positive constantly is impossible, I understand. Not every situation is as easy to tackle this way and it’s not as though you should eradicate negative language from your life completely (after all, some of it makes for great dark humour!) But there are ways to put a positive spin on things that don’t involve grinning like a Cheshire cat 24/7.

In order to feel happier, it’s not about hiding/denying emotions, it’s about finding ways to help you feel better about different situations or people, and, ultimately, it’s that focus that will enable you to find greater inner-vitality.

Remember, language can physiologically alter our brain chemistry. Yes, there is an actual scientific reaction in play! By tapping into the reward system in our brains (which releases the happy hormone, dopamine) we will be able to tackle almost anything with a smile on our face. So it’s not all hocus-pocus preachy talk. It’s a legitimate biological response that happens within our bodies. Therefore, if you want a better life, a happier mindset and more people to like you, it’s definitely worth giving this neat trick a go.

In essence, it’s all about adjusting our perspective.

Imagine if everyone tried doing this a little more – getting the same point across in a more uplifting way. Conversations would open up and develop. Friendships would blossom. Life inside your mind and outside it would improve. The possibilities are endless! And all it takes is a little language tweak here and there.

So, I guess all that’s left to ask is, are you ready for a little magic? 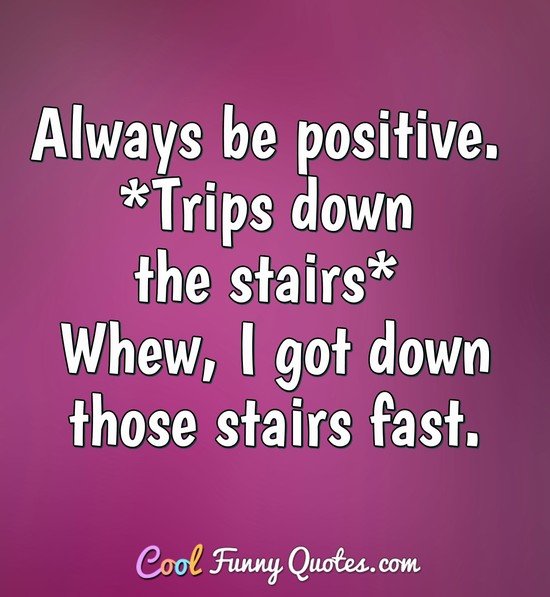