When it comes to watching films (a staple way to spend your Friday night’s in) choosing one should be pretty easy. Especially when you have a plethora of devices at your fingertips making many helpful suggestions. That and with the constant flow from social media feeds highlighting the next big releases, making a decision should be, y’know, “simples”. The only way you could potentially be stuck for what to watch is if you’d lived all your life in a cave.

However, with so much choice comes a teensy weensy sensation of being overwhelmed. With about 70 different recommendations shoved in your face the moment you turn on the tv, knowing where to start is a bit of a minefield. Nevertheless, the other day, I decided to embrace the minefield of bestsellers and big hits. And, much to my surprise, I found a film I wanted to watch in an instant!

More to my surprise though, was the fact I’d never heard of it.

As a bit of a fusspot, I do like to dig a little deeper sometimes. Going for the usual hype doesn’t always set my pulse racing, and after watching the rather underrated film, “The Fundamentals of Caring” one night and “The Great Gatsby” another, I soon realised why.

For anyone who hasn’t seen them, I won’t give away the entire plot. However, the only thing I will say is the word “money”. And I say this for a reason.

Looking at these films, tell me which one you’ve heard of? I bet it’s not the former. Even I – the merciless movie trawler – had never heard of it until Netflix threw it at me. But, I had heard of The Great Gatsby.

Ever since its release in 2013, with all of its Hollywood actors and glitzy showbiz scenery, the book-made-film was everywhere. Amazingly though, I’d managed to avoid seeing it.

And damn, I wish I hadn’t bothered.

Now, I know a lot of people will be aghast by that statement and think I’m a fool. How on earth can you speak so lowly of such a film?! And you’d have every right to say that. But everyone is entitled to their opinion. And although I’ll admit that the storyline did sound promising, the reason I feel this way is because the movie itself just didn’t do it justice.

Throw as many pretty colours and famous faces in it as you like, Mr Director, that doesn’t mean it’s a good watch. If anything, that kind of takes away its substance. If a movie is going to stir you inside, it’s got to offer you more than something skin-deep, right? It needs a reason beyond the superficial to be there. But, over and over again, box office releases seem to get away with just that, whilst still remaining successful.

I should know. I’ve seen this same pattern before.

Paranormal Activity is another one I hated, for example. It really just went nowhere. I get that it was on a low budget and, to be fair, a lot of horror films are a bit s**t nowadays. But that one became an epic franchise for no good reason at all. In my opinion, its ascension to the top just made no sense at all. It was crap! Insidious, however, is a scarily good modern-day horror series.

Anyway, the point of this rant is to show that many of the film choices I’ve made based on how prevalent they are on social media, TV, magazines etc., have often left me feeling underwhelmed. Of course, there are always a few exceptions to the rule (like Ghost – oh, what a movie!) But the classics can’t be denied. The films with feels and a proper storyline, they’re great and have 5 stars for a reason. But these others that get flung in my face because they have the most endorsement and biggest budget but no depth…

They can do one.

Unlike the classics (which earned their good reputation by actually being good) we’re now in an era where these unrelatable and farfetched films will sit pretty at the top just because they’ve been promoted to be there. Because basically, anything with the most money behind it will always get ahead in the race. It’s madness! Having it like this means we, as a society, are missing out on films that actually matter. All we end up watching is nonsense that’s paid to be popular. And, as a consequence, we’re losing hope that anyone has depth anymore.

That’s why I loved The Fundamentals of Caring so much.

Aside from having Paul Rudd in it (who I do have a terrible soft spot for, don’t ask me why) the actual storyline was pure quality. Again, I won’t give it away, but I suggest that if you have Netflix to add it to your list immediately. The trailer alone should sell it to you. It’s another novel-based story that made it to the big screen (or, at least, the one in your living room) but, unlike The Great Gatsby, it had an identifiable reason for being made.

That being said, they’re both completely different kinds of story.

One is based in the roaring 1920s and the other in 2016. One is in New York and the other goes on a road trip to the world’s deepest pit. One is about a struggling writer who lives next door to Mr Moneybags and the other is about a retired writer who begins caring for a sardonic boy with Duchenne muscular dystrophy. Both protagonists, however, show how those experiences changed their lives. Funnily enough though, while the former sounds more of an attractive watch (and maybe aesthetically it is) it’s the latter that has the real journey.

Anyway, before I get distracted by a myriad of silly thoughts, the reason I wanted to write this was to show that there really are films out there that will add value to your life. They may not be the biggest hit or the most visually impressive, but watching them will restore your faith in humanity. Not every good story gets the recognition it deserves. But they do exist. You just need to look a little harder to find them.

In view of this revelation, next time you have a film night (Netflix, cinema or otherwise) look for one with a worthy storyline. Don’t just put any old thing on just because it’s pushed in front of you. As much as a 2-hour film is a good excuse to gorge on a box of Maltesers, putting something on that satisfies your heart as much as those chocolatey balls of delight satisfy your belly will prove far more enjoyable. Happy or sad, funny or serious, whatever you choose, find a story that opens your eyes to a new perspective. One where, even once it’s finished, the message stays with you.

After all, isn’t that the whole point of fiction? So that we can escape our world for a while and then return with a whole new emotion?

So that it makes us feel something?

If you ask me, that’s what makes a real showstopper. 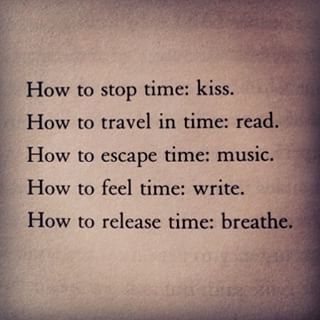