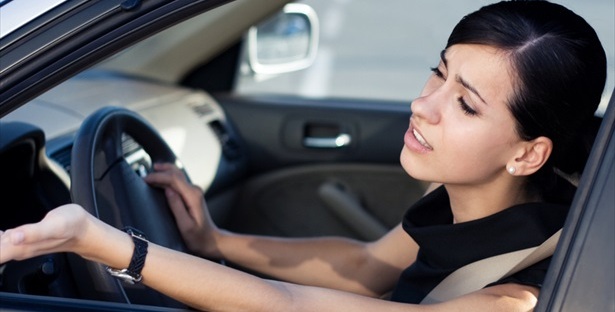 It’s a crisp winter morning. One of which is enticing to a driver, so they can take their car out for its daily “stroll”. Like a dog, a car must be driven to make sure it remains a happy vehicle. Also like a dog, to a petrol-head, it is your best friend. However, when on one of these daily strolls, many obstacles are encountered. Some of which can not only spoil the happiness of my car but also of me, the driver.

I have to drive every day to get where I want to. It’s the best option for where I live. Also, as a car-crazy lady, who naughtily purchased a Peugeot RCZ, I would quite like to drive everywhere! Being behind the wheel thrills me! That is until I meet my first obstacle: the roundabout.

When drivers get to this mysterious round object, they can seem rather puzzled by it. Questions enter their minds like, “Are they going yet, or can I go?” These situations can often lead to Mexican stand-offs: Where every car, in every junction, just sits and stares at one another, waiting for one person to go, but not knowing who has right of way anymore. That is, until one driver, who has lost all patience after 10 minutes of gazing into these driver’s bonnets, slams their right-foot down and makes the decision for the stationary sideway watchers.

I wouldn’t say I’m an angry driver, but I would say I have no patience for bad driving. When learning to drive, neither my instructor nor theory book told me I’d occasionally have to be psychic when it came to other vehicles. For example, some drivers have forgotten the use of their indicator. This helpful, flashy device tells other drivers when you’re going. If you don’t use it, I am often left idle at a junction! Also, is it just me, or do some vehicles think they possess authority? It seems that as soon as some drive a white van, for instance, it entitles you to speed, tailgate and even beep me for no other reason than that they can’t fly over me and I’m in their way.

I am not saying that every driver does this, not at all. But to those who do, please think about what you’re doing and let others enjoy their cars by driving with consideration.

Also published in The Argus newspaper

One thought on “What Grinds My Gears (The Bad Driver Edition)”