I hid behind the sheets with one eye covered and the other glued to the TV screen. “Don’t go in there!” I yelled. But she did. The scene was unimaginable. Her body was limp and lifeless, just lying there covered in a pool of her own blood. What horror film was I watching, did you say? I wasn’t. And no, it wasn’t a crime documented murder scene either. In fact, I was actually watching a tv series about plastic surgery, and the woman lying there was having her nose reshaped.

After indulging in enough of these programmes to suffer PTSD, I thought now would be the best time to write a little article on the matter. Firstly, because it’s something that’s highly popular nowadays and advancing constantly, and secondly, because there’s something psychologically baffling about why people do and want such extreme physical changes.

Firstly though, let’s explore a little historical insight on the subject…

As early as the 1400’s the original “nose job” has been historically recorded. Although it was far more frightening than by today’s measures. The operation involved creating a nose shape from parchment or leather which was then used as a template on the patient’s arm. That template would then be cut away and sewn onto the patient’s face. For 8-10 days they would have their arm attached to their face until the tissue had healed enough for the arm to be freed. Gruesome, right? Later techniques of the nose jobs have been accounted for in the 1800s using ancient Indian methods from as early as 8BC. This method comprised of making a leaf-shaped skin graft on the patient’s forehead. This skin flap was then used to reconstruct the nose. However, surgical techniques truly began to advance in the 1900s. Some of those who fought in the World Wars suffered severely and were left disfigured from the horrors of it all. But, thanks to pioneering techniques in surgery, these could be corrected with far better results and far less scary processes.

Throughout the 20th-century plastic surgery has progressed in its methods and capabilities, and through such advancements has grown in popular demand. Historically, it was used to correct severe deformities. But it is now used to enhance, change or even reverse what is considered aesthetically “imperfect”. Aside from the rhinoplasty (nose job) being one of the most popular surgeries, it is hard to deny the prevalent presence of others, such as the breast enlargement, face-lift, tummy tuck etc. Smaller and less invasive cosmetic procedures have been introduced to the current market too, still aimed at “correcting” what isn’t considered perfect. The acceptance of wrinkles, for example, is a no-no. Which is why we have Botox injections to keep the face taut. Another is the glycolic peel, which is used to smooth the surface of the face and remedy uneven skin tone. But we can go beyond changing the skin. Surgery has enhanced its skills so far that we’re now able to modify teeth, hair and even genitalia! With surgical competences this far advanced, the possibilities are endless.

As a woman of the modern era, I have also been swallowed by the influence of surgery and even subjected myself as a guinea pig to some of these contemporary procedures. From the socially accepted brace to straighten out my wonky teeth to the slightly more invasive measure of having hyaluronic acid filler under my eyes, I have been on a quest for perfection for many years. Despite my family thinking I was beautiful just the way I was, I begged to differ. And still do! As far as I was concerned, my parents gave me a template, one of which through the visions of the modern age was not considered “ideal”. And so, I set myself out on a mission to correct everything my genetics got “wrong”.

The following images are both of me, although you may not believe it because I look very different now! The first picture is when I was 15 (all dressed up for an Iron Maiden gig), and the one underneath is me at 25 (after a recent modelling shoot). 10 years has changed my look a lot, but, thankfully, the same nerdy person inside still remains intact. 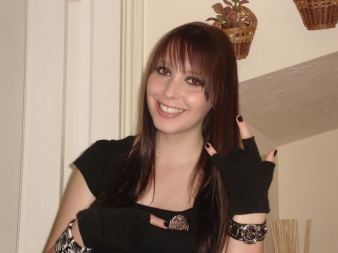 After experiencing a plethora of health issues in my early teens, I was mentally scarred from the youth it stole from me. A lot of the time I felt awful. Therefore, I looked awful too. Once I regained my physical health though, I took hold of the reins to my body again and took it upon myself to finally sort out my appearance.

I had been ridiculed for my teeth over the years, so they were focus numero uno. That and a diet (because puppy fat was something else that I just couldn’t pull off, even with big boobs. Bye boobs!) But, I didn’t stop there. Once I had reached one goal, I moved onto the next. And then again. Until, one day I stopped and suddenly realised that, no matter what I changed, I still wasn’t happy with the way I looked.

So is it fair to say that this never-ending quest for alteration is a way of filling the void from mental scarring?

With this question in mind, it moves us across the line of beautification and onto a more extreme form of surgery.

Faces and bodies are no longer in need of perfection correction. Instead, these surgical skills are used as the means of expressing any unique look that the human mind can conjure up, and that means the sky’s the limit.

Once upon a time, women who inflated their chests to the size of beach balls were seen as outrageous, but times have changed. Surgery was initially used to reconstruct what had been left deformed. Then, it advanced to correct the imperfect. But now it’s being used to alter what was normal and “boring” and create the “shock” factor.

This is where the scary stuff really begins. From supersized booties (sported by such stars as Kim Kardashian) to altering your natural iris colour (which is not legal in the UK due to high risks of blindness and serious complications) to even mutilating the cheeks with holes for a tribal-like look, the mind-blowing options to remodel the human body just keeps on coming.

But why does it occur to such an extreme?

Possibly for similar reasons to my own.

Psychological wounding appears to be the source for such decision making. (I.e. The more traumatising the event/s, the more it affects you mentally.) It’s almost a way of relinquishing ties to that person – a former self, if you like. Plus, having a predisposition to such emotions is most likely a contributory factor that enables building and maintenance of such beliefs. (I.e. I dislike the way I am naturally and nothing you can say will change my mind.) Although I would never go to such extremes myself, I would say the aetiology for these processes is very similar.

When watching most of these surgical documentaries, you see the candidate of such modifications has experienced a something personally emotive which has worked as a catalyst in initiating this process of radical alteration. Whether it be a loss of someone important to them, being bullied for looking “different” or experiencing constant rejection, there is usually a reason behind the action, and depending on which reason that is will depict which surgical route they choose to endeavour.

In essence, one of the main morals to take away from this is to never judge what’s on the surface (even if it looks a little way out) because there’s usually a story behind it. And, whether you agree or disagree with the procedures that have been undertaken, there’s still a person underneath it all using their bodily canvas to express what is in their heart.

So, if anyone reading this can confidently say: “I’d never change myself like that.” Then count yourselves as one of the lucky few people who are comfortable in their own skin. But remember, there are others that do not possess this same confidence. Therefore it is vital that we, as a society, encourage those people to believe that they are beautiful too.

The more we can accept one another’s differences, the less likely things will be seen as “flaws,” and ultimately, people will become more inclined to express their emotions in ways that make them feel happier for their whole lives, rather than just for now. 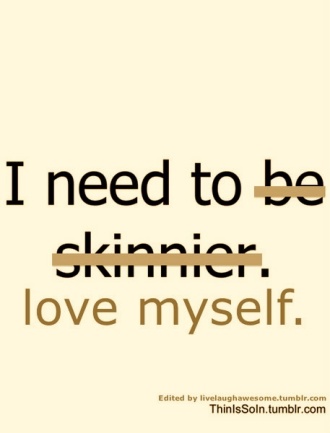 One thought on “Make Me Perfect – The Cosmetic Surgery Edition”

"Who looks outside, dreams. Who looks inside, awakes." - Carl Jung 💭 Creativity is often platformed on pensive moments - thinking about your own life, summarising your experiences and collating them into a mental portfolio, slowly piecing it all together in order to know how to one day bring it to life. This type of self-awareness and ability to think critically was exhibited by the famous novelist, Charles Dickens, who would walk for miles simply to dive into his own mind. These walks along the Broadstairs coastline even provided him with narratives for some of his books! If you share this introspective quality, you also possess an important trait of a creative genius.
"I have no special talent. I am only passionately curious." - Albert Einstein
"Strengthen the female mind by enlarging it, and there will be an end to blind obedience." - Mary Wollstonecraft (A Vindication of the Rights of Woman, 1792)
"We are what we repeatedly do. Excellence then, is not an act, but a habit." - Aristotle
"The question is not what you look at, but what you see." - Henry David Thoreau
3 Untranslatable Japanese Words That Beautifully Convey Why Nature Enriches Our Lives 🍃🌷
Loading Comments...
%d bloggers like this: